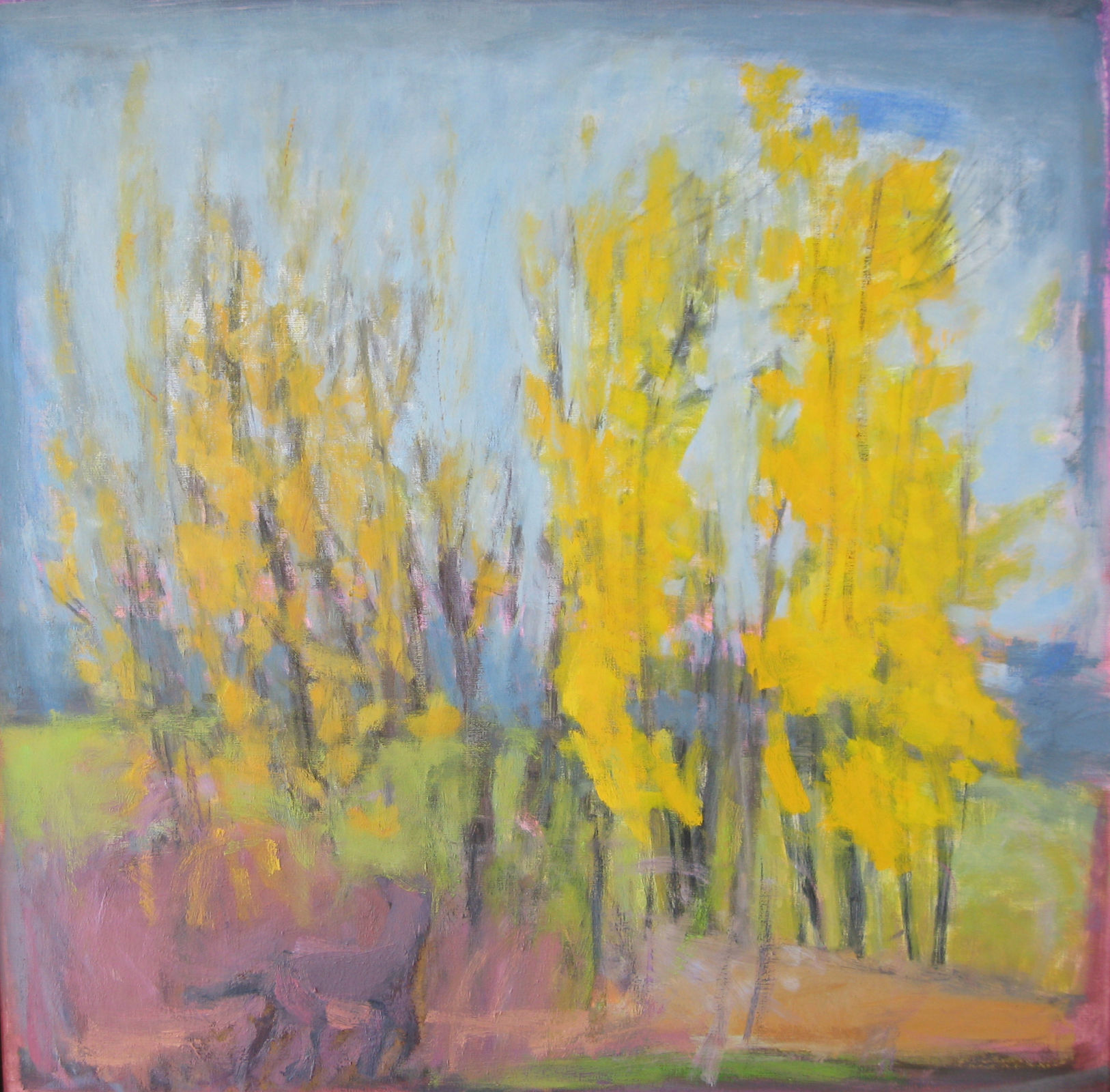 Jane Everhart’s depictions of the landscape marry the worlds of art and language. The story of how Everhart arrived at this technique is not necessarily a straightforward path.

In high school and college, Everhart received classical Western art training, including an apprenticeship under New York artist Ruth Gikow. But she found herself uninspired by the celebrated artwork of the time.

“What I saw in the museums was conceptual and interesting in a philosophical way, but it left me kind of blank visually and emotionally,” Everhart said.

Visual languages and mark making piqued her interest, and she began to study linguistics and East Asian language and culture.

Everhart was inspired by the ways languages with pictorial origins have abstracted visual concepts over the course of thousands of years. She also studied traditional Chinese painting and became enamored with painters like Shitao, whose 1685 landscape painting “10,000 Ugly Inkblots” challenged the aesthetic principles of his time.

Everhart applies similar techniques of abstraction in her depictions of midwestern landscapes. She often begins with a simple sketch that captures the essence of the scene before her. While at The Highlands, she demonstrated on a notecard.

“You have visual marks, and then you make them a pattern, it becomes like furrows in a field. That’s a simple visual language,” Everhart said.

She then builds on those sketches and transforms them into colorful mixed media paintings.

Everhart said she feels a visceral connection to the midwest. Having traveled the world, she has not found the same sense of peace elsewhere.

“We’re all sensitive to our place,” Everhart said. “As I get older, I go out to travel less and less, and I am more and more glad to come back.”

She takes pleasure in capturing wild landscapes, hoping viewers of her artwork feel regenerated in the same way they might if they were standing in the scene themselves. She understands the importance of inspiring people to seek out that regeneration in nature.

“(Nature) regenerates all of us,” Everhart said. “Let’s try to bring them in, because if they come, they’ll know.”

You can see and purchase Jane Everhart’s pieces inspired by Land Conservancy projects this fall at the Preserved! gallery receptions and exhibits. Learn more here.