This morning I stopped by Saul Lake Bog Nature Preserve to prep for some upcoming fieldwork (we’re restoring more than 7 acres of prairie and savanna this year). As I stepped out of the truck, a primordial squawk from just overhead led me to pick up my camera and forget about my intended work for a few minutes: the sandhill cranes are back!

As I watched, the sandhills made a couple of passes over the bog before landing on the far side of the prairie. 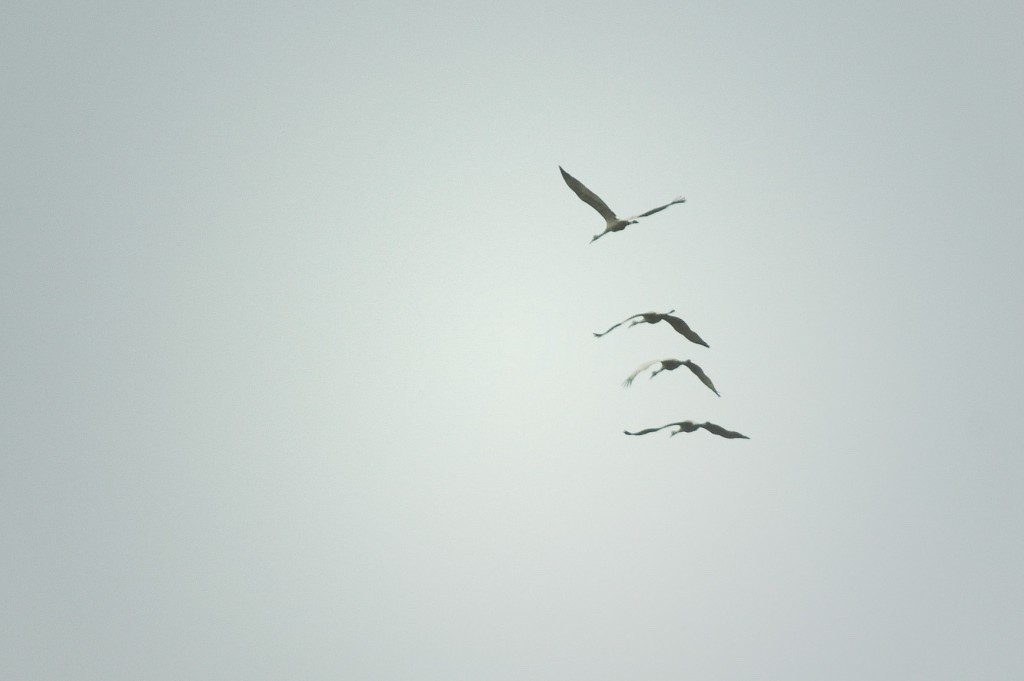 They later moved to a nearby field in search of grain left over from last year’s harvest. 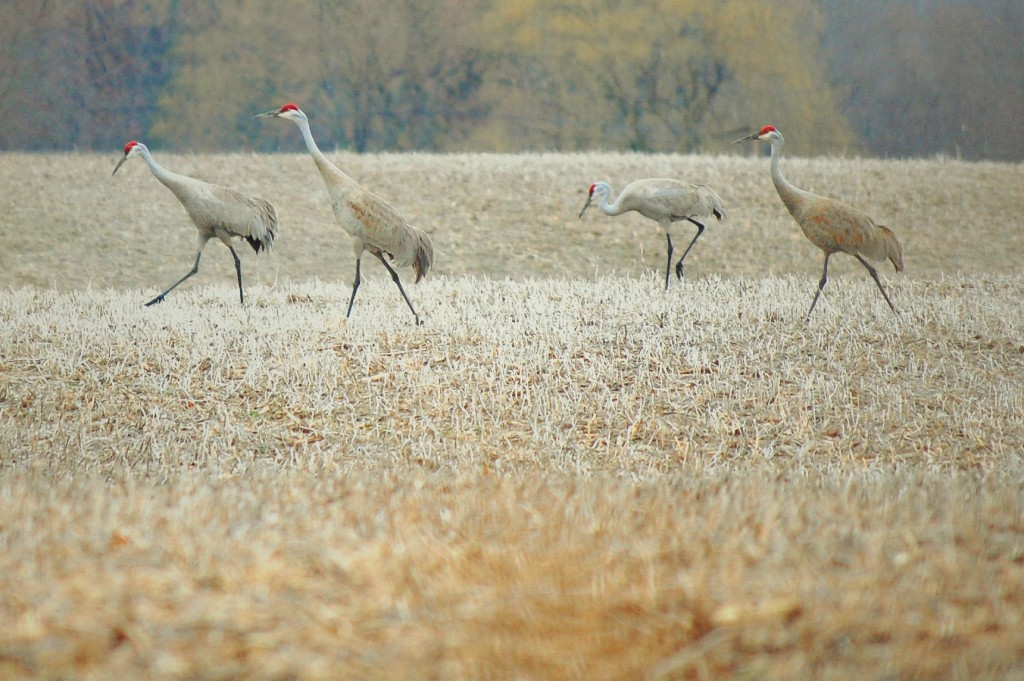 Two more sandhills flew in over Saul Lake Bog, eventually joining the others in the field.

When the preserve was established in 1988, Saul Lake Bog was the only known breeding grounds for sandhill cranes in Kent County. Thanks to successful conservation measures over the last 25 years, sandhill numbers now abound. Their cacophonous, rattling call is a requisite sign of spring’s arrival in West Michigan.