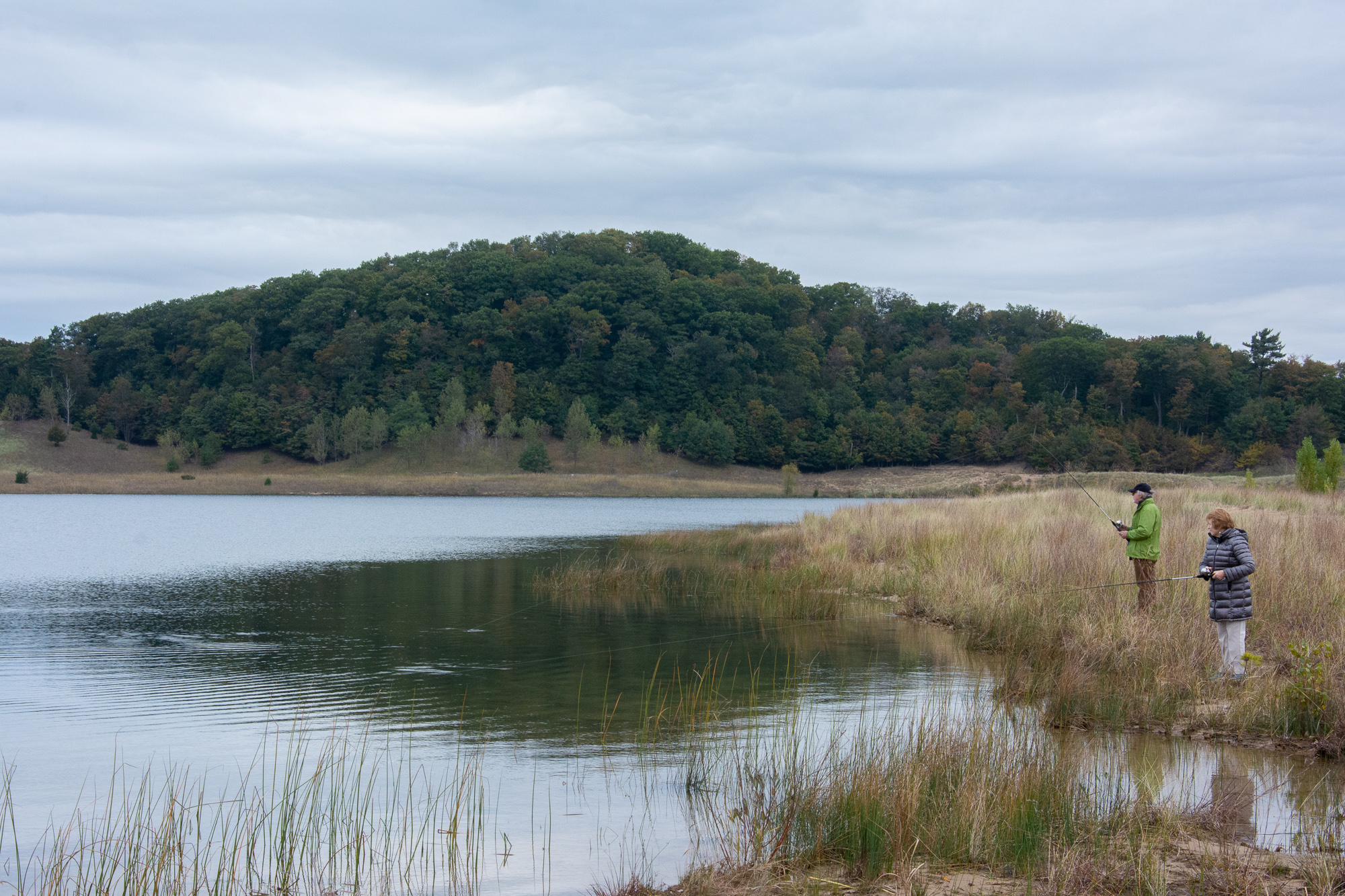 A community rallies for Ottawa Sands

A community rallies for Ottawa Sands

We celebrated the transfer of this property to Ottawa County Parks in October 2019.

On a blustery, gray day in mid-October, supporters of Ottawa Sands County Park gathered to celebrate its dedication—the final chapter in a whirlwind collaboration between the Tri-Cities community, Ottawa County Parks and the Land Conservancy of West Michigan. The object of this collaboration? The protection of a long-hidden, previously inaccessible gem: 345 acres of dunes, forests, a sparkling lake and a mile of wild riverfront only a stone’s throw away from downtown Grand Haven.

Those who braved the October chill and ominous clouds explored the landscape with naturalists or learned about fishing the lake and tried their luck with a cast or two. The resident bald eagle family made a cameo appearance, their distinctive plumage clearly evident through a spotting scope.

Attendees warmed up with hot cider, coffee and donuts under the shelter of a tent as the project partners addressed the crowd, reflecting on how the community came together to protect Ottawa Sands.

In the fall of 2017, landowner Gaylen Byker offered Ottawa County Parks a limited-time opportunity to purchase the land. The catch was that it needed to be purchased in its entirety, and very quickly. Working together, Ottawa County Parks, the Michigan Natural Resources Trust Fund, the Land Conservancy of West Michigan and The Conservation Fund put together a joint plan of action and moved quickly to acquire and protect the property.

After Byker generously agreed to donate 25 percent of the land value, Ottawa County Parks was awarded the Michigan Natural Resources Trust Fund’s first-ever off-cycle grant to purchase half of the property in July 2018. At the same time, the Land Conservancy of West Michigan secured a loan from The Conservation Fund to purchase and hold the remaining half while additional grants and donations were sought.

“Ottawa Sands was an incredible opportunity, and all parties had to act quickly to secure its protection,” said Land Conservancy Executive Director Joe Engel. “We saw the immense value in working with Ottawa County Parks to protect this remarkable piece of property and are very grateful that the community stepped up to make this happen.”

In July 2019, Ottawa County Parks received a final grant from the Michigan Natural Resources Trust Fund that, along with nearly $400,000 in private donations from the community, allowed the County to purchase the rest of the property from the Land Conservancy.

“Being able to close on this property in my first month with Ottawa County Parks was incredibly exciting. Ottawa Sands is clearly special to our community and to the Trust Fund,” said Jason Shamblin, Ottawa County Parks Director. “To receive $8 million in grant funding and nearly $400,000 in private donations speaks for itself.”

Ottawa Sands was the final link in what is now an unbroken corridor of parks and preserved natural areas totaling over 2,000 acres, including six miles of scenic dunes and pristine stretches of Lake Michigan shoreline. The property contains 219 acres of critical dune habitat and an 80-acre lake, providing much-needed habitat for migratory birds and monarch butterflies, nesting bald eagles and the rare Pitcher’s thistle plant.

It is, truly, all about community. Without the kind and generous support of many area residents and organizations, the protection of this precious landscape would not have been possible.

This article appeared the Fall Newsletter 2019. Read the rest of that newsletter here.