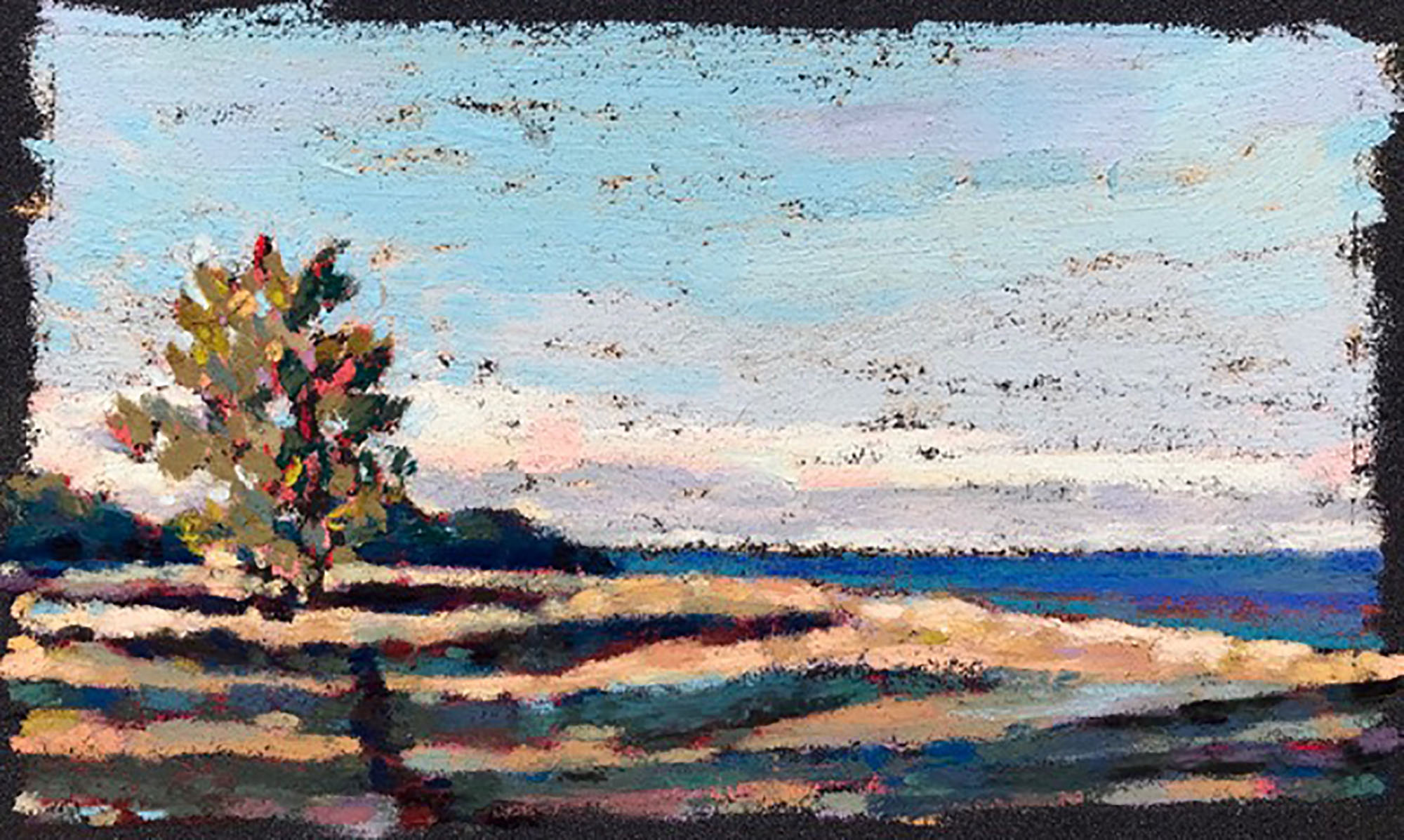 Teresa O’Brien grew up immersed in art and aesthetic. Her childhood home in St. Louis, Missouri, was filled with paintings done by her grandfather, an architect by profession and a watercolorist by passion.

“Creativity was part of what I lived and breathed,” O’Brien said.

O’Brien credits her grandfather with instilling in her an appreciation for art. He would take her and her cousins on trips to art museums, and he brought her along to paint outdoors with him. He painted buildings, but Teresa always found herself drawn to capturing their more natural surroundings.

While O’Brien’s father appreciated his daughter’s passion for art, he thought she should apply it to a more pragmatic profession.

“He encouraged me to do something practical with it,” O’Brien said. “Which I think is very bad advice, but I took it.”

O’Brien studied graphic design at the University of Kansas and worked as a graphic designer for 15 years. One job brought she and her husband to Paris, where they lived and worked for two years. In her free time, O’Brien would explore art museums, where she studied impressionists like Pierre Bonnard and Jean-Édouard Vuillard.

“What I found I appreciated about impressionism was its focus on the capturing of light,” O’Brien said.

At this point in her life, light held a special significance for O’Brien. Around age 30, she developed recurring, intense cluster migraines—the effects of which would last for several months. During those periods, she could scarcely tolerate light, noise or stimulation of any kind. O’Brien suffered these attacks at random for 25 years, and what they deprived her of has informed what she has pursued in her own artwork.

“There’s no mystery to me that in my work I am driven to capture this sense of light,” O’Brien.

She decided in Paris that she wanted to pursue art professionally. O’Brien and her husband moved to Chicago, where she worked for a nonprofit. She took classes and honed her craft, but both she and her husband found a calling to be closer to nature.

“I knew that to be a full-time artist I needed to be in close proximity to nature,” O’Brien said.

They moved to Michigan, and she now lives and creates in Saugatuck on the Lake Michigan lakeshore.

O’Brien said being close to nature has helped her artistically, mentally, spiritually, emotionally and physically—it played a big role in helping her cope with her migraines.

“It has served me in so many ways,” O’Brien said. “Because of the illness, I found a real sense of peace and healing in nature that I really didn’t experience significantly before.”

Deciding to paint en plein air happened organically for O’Brien. She sought relief in nature, and she carried her calling to create with her.

“It was just such a happy coexistence that there just didn’t seem to be any other way for me to do it,” O’Brien said.

O’Brien expressed gratitude for the opportunity to participate in the Preserved! program.

She said we owe it to nature to care for it.

“Nature serves us all in very profound, significant and necessary ways,” O’Brien said. “I think we have a real responsibility to care for it, and I think that what the Land Conservancy is doing is a calling, and it’s so vital.”

You can see and purchase Teresa O’Brien’s pieces inspired by Land Conservancy projects this fall at the Preserved! gallery receptions and exhibits. Learn more and register to attend the opening receptions here.