“Nothing in the world is worth having or worth doing unless it means effort, pain, difficulty… I have never in my life envied a human being who led an easy life. I have envied a great many people who led difficult lives and led them well.” ― Theodore Roosevelt

The word apokatas’tasis–from the Greek–means to “restore.” I hold this word in my mind on a cold sunny day, hiking one of Michigan’s off-the-beaten-path gems: Saul Lake Bog Preserve in Rockford, Michigan, just outside Grand Rapids.

The original tallgrass prairie range stretches into Michigan further than one would think. Since 2000 at the preserve, old pasture near the bog is being slowly restored to prairie. One acre at a time. 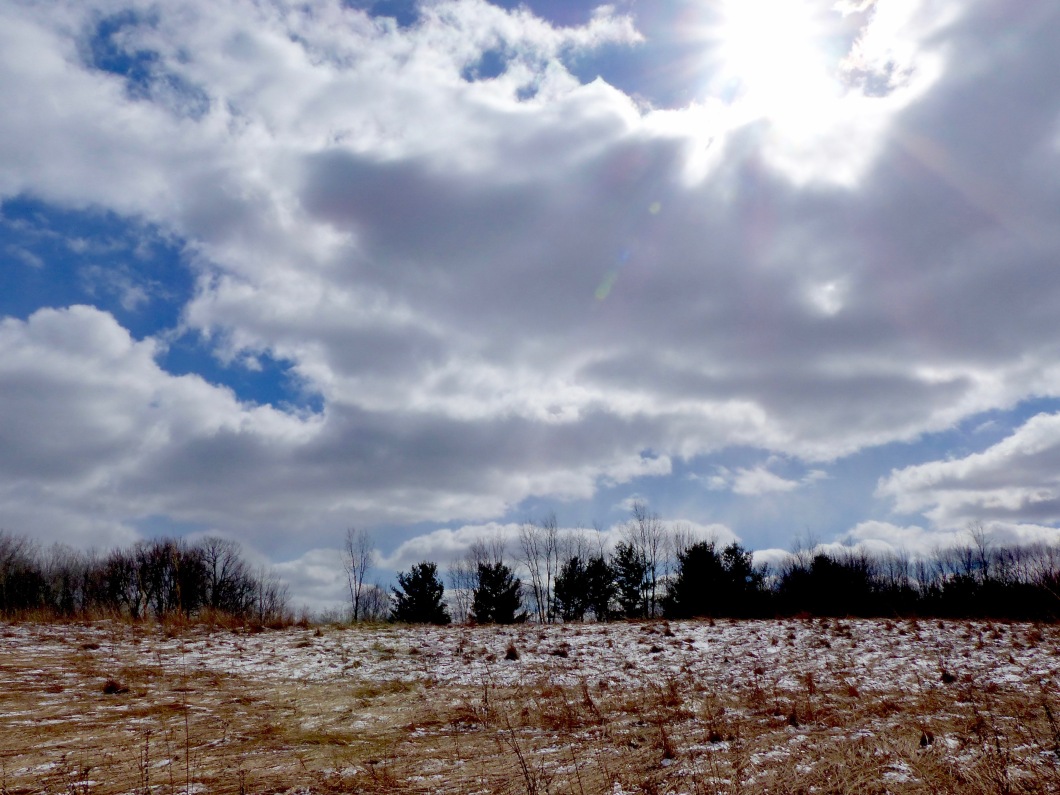 The preserve is a mosaic of wetlands, woodlands, and prairie.  Occasional bird calls provide a soundtrack as  I hike the two-track through the woods on my way to the prairie. It’s quiet. So quiet. A welcome contrast to the noisy Chicago suburbs I call home.

The two-track that leads to the prairie is riddled with snow-filled potholes. Each is shadowed with images of  the last dry leaves that still cling to the overhanging tree branches above. 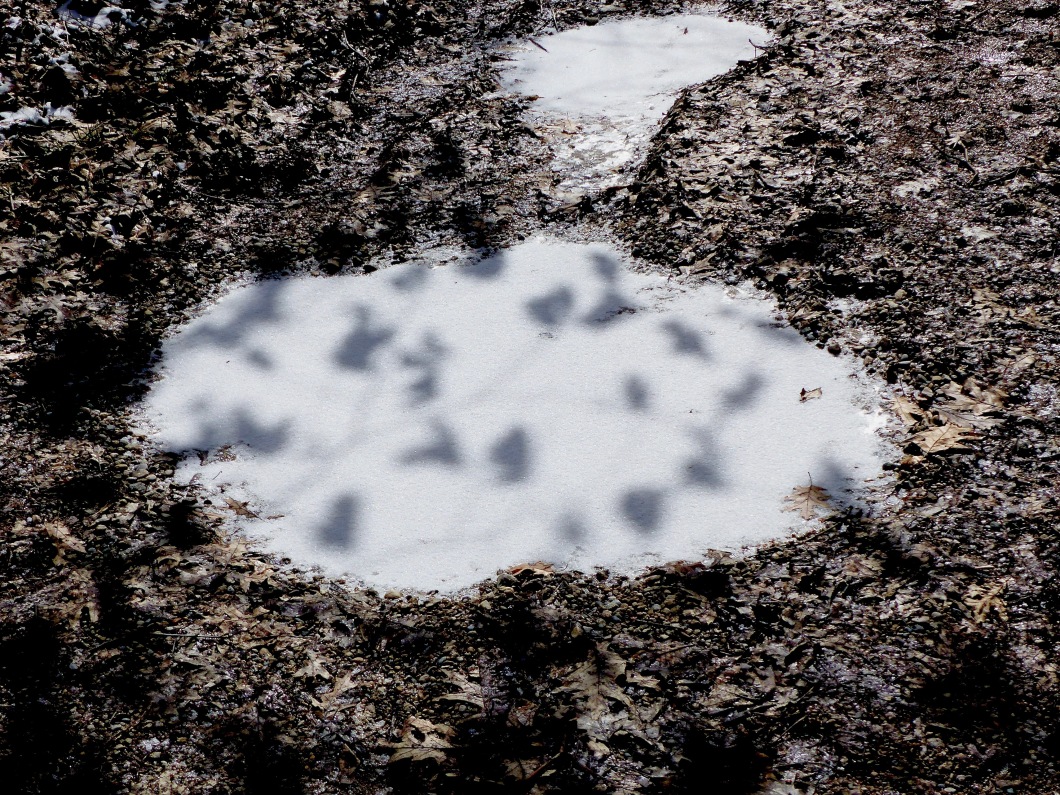 The dirt two-track ends in a parking lot and trailhead. Through the trees, a boardwalk leads to the bog.

I ease across the wood planks, listening to the ice underneath the walkway crackle and break at every step. 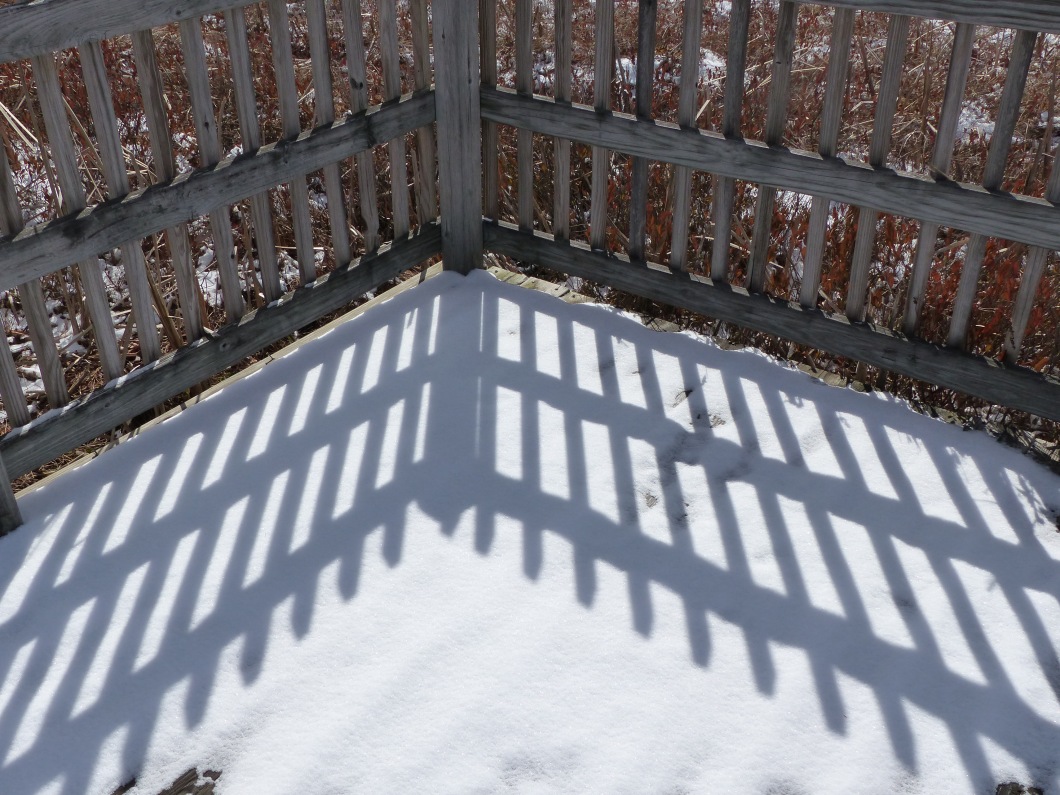 Nearby, the willows show off their soft furry catkins. A sure sign of spring on the way. 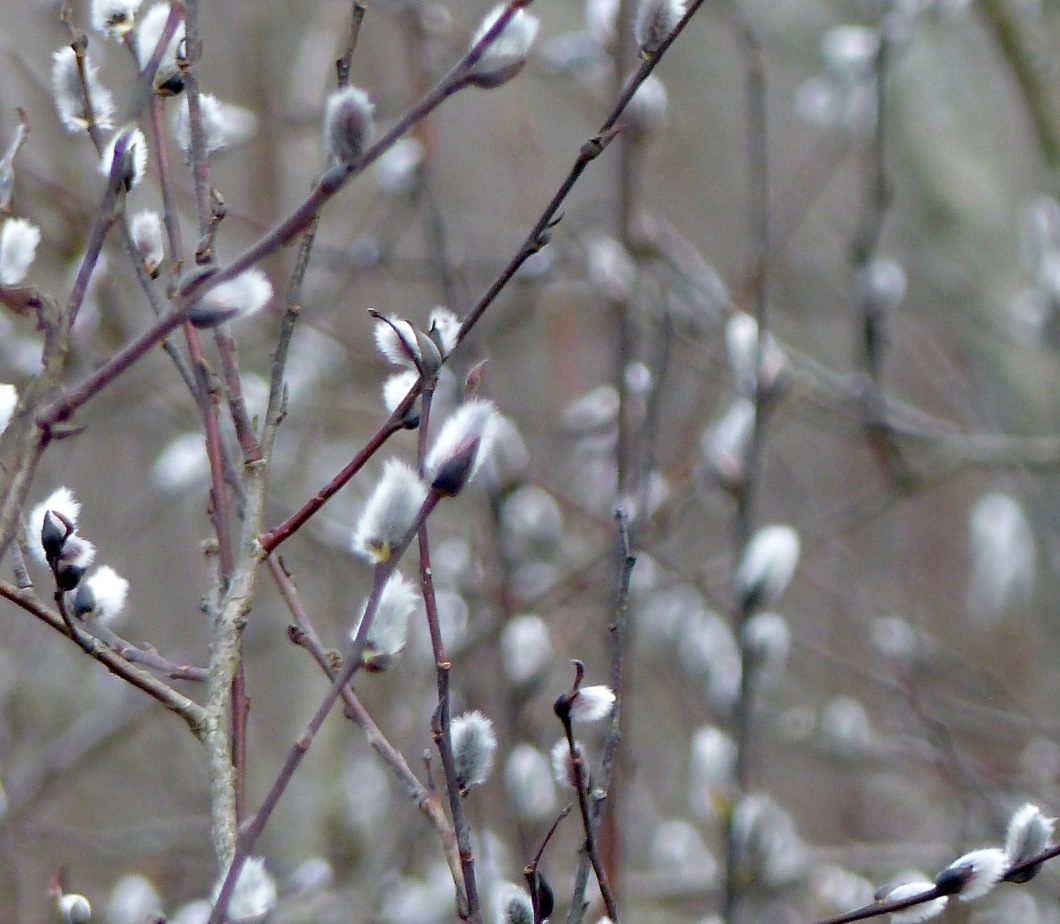 Even in early March, the bog has bright sweeps of color. 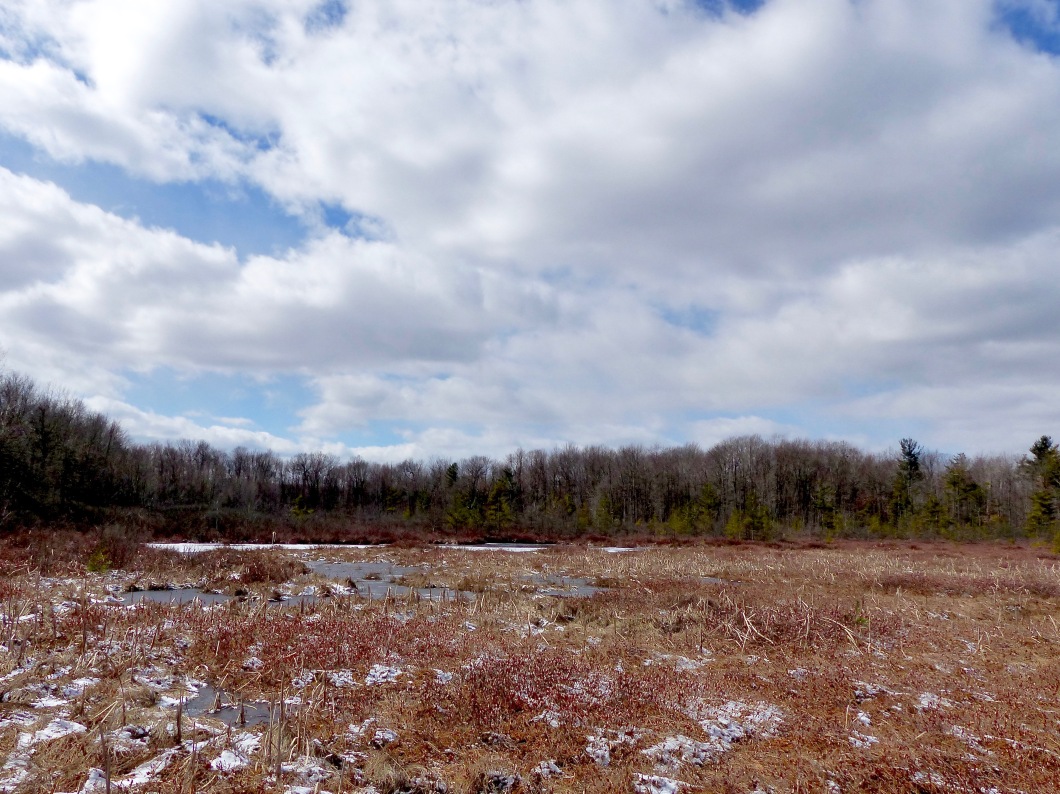 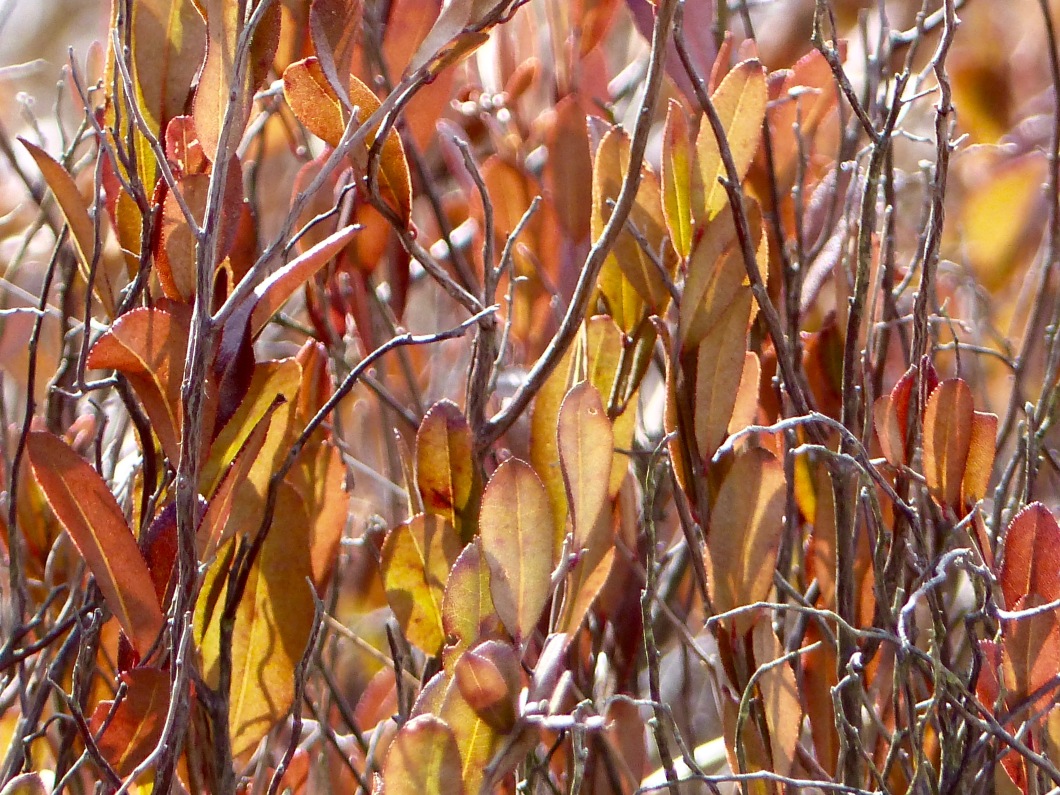 Admiring the russets and golds of the leatherleaves–and the occasional cottony tuft of tawny grass here and there–I’m grateful for the sunshine and the solitude. But as I walk back to the prairie, I realize I’m not alone.

I hike around the prairie loop as the sky swings back and forth between bright blue and dull gray. A chilly wind rattles the stalks of last season’s grasses and wildflowers. 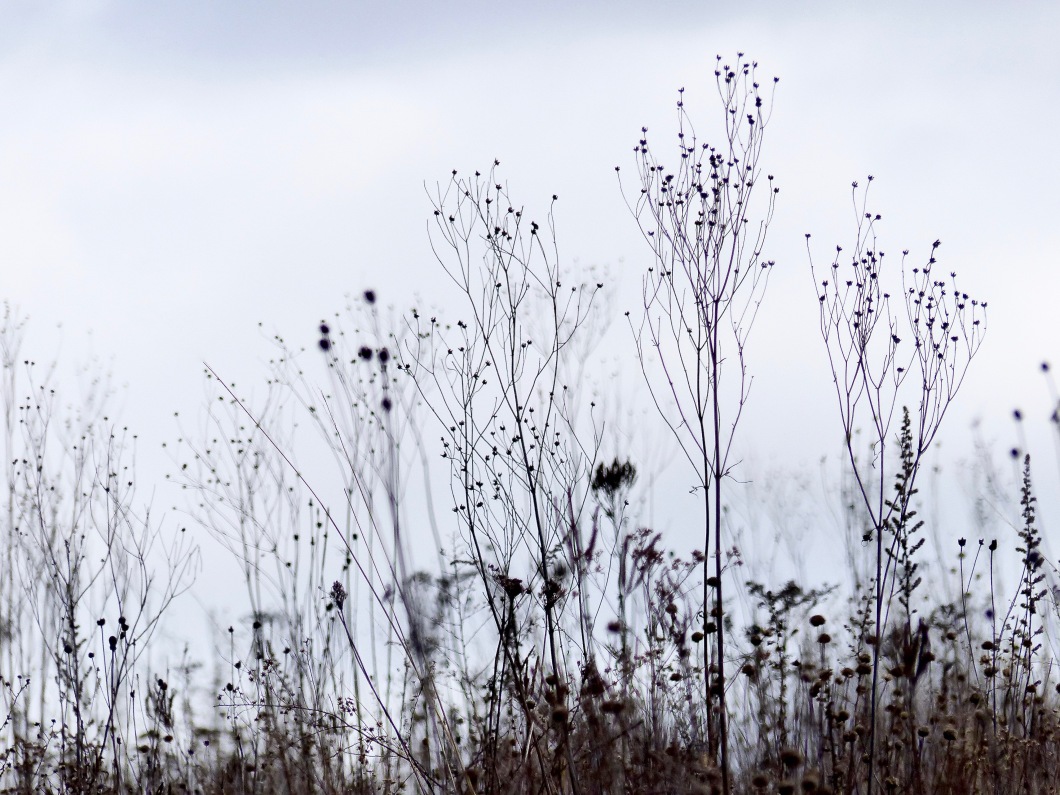 A turkey vulture circles; checks me out. It decides I’m still healthy. Then glides away. 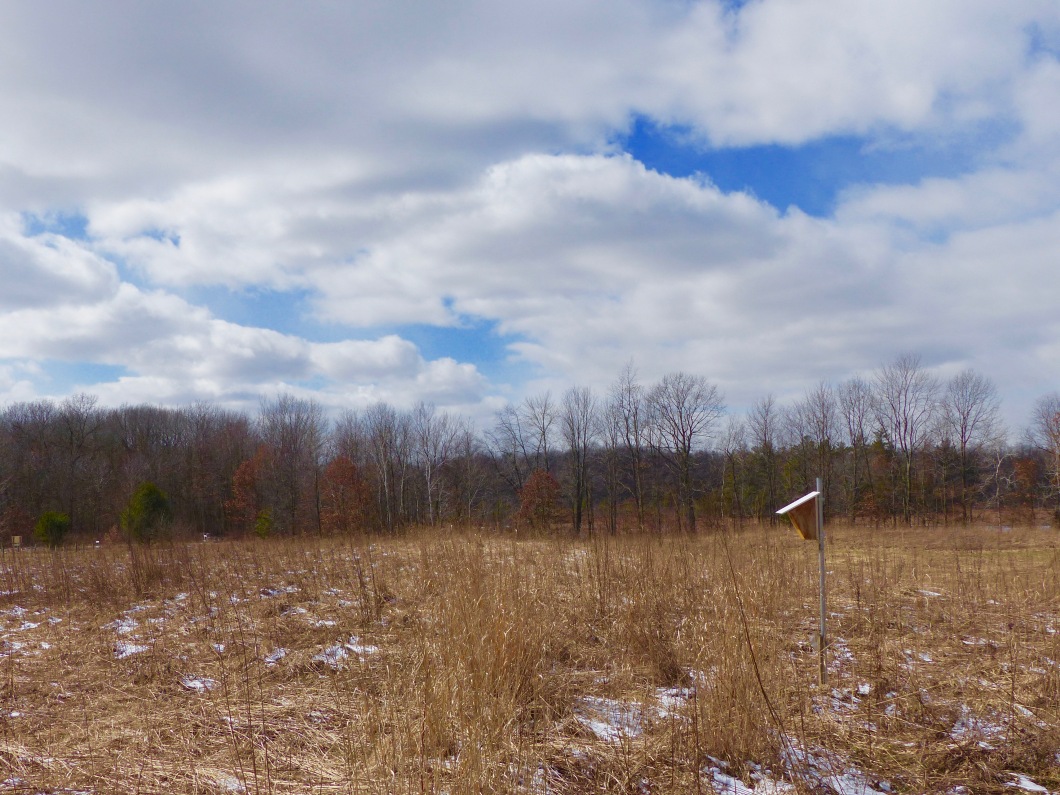 Each year, volunteers expand the prairie. It is slow labor, with little in the way of a quick payoff.  The work of restoration– apokatas’tasis–of any kind, prairie or personal, is difficult and often slow. It can be painful. The results may not be apparent for years. But Saul Lake Bog Preserve’s prairie reminds me: The end result is worth it.

Theodore “Teddy” Roosevelt (1858-1919) was a naturalist, historian, adventurer, and at age 42, our 26th (and youngest) president of the United States. A sickly child, he found joy in the natural world. Later in life, after losing his wife and his mother, he lived in the Dakotas and found solace in the “wilderness” of the American West. His later adventures in the Amazon River Basin are chronicled in the riveting book, River of Doubt, by Candace Millard. Roosevelt helped shape many of the original conservation policies that help protect our national parks and nature preserves today.

Cindy Crosby is the author, compiler, or contributor to more than 20 books. “The Tallgrass Prairie: An Introduction,” will publish in Spring 2017 from Northwestern University Press. One of her essays on the prairie is included in “The Tallgrass Prairie Reader” (University of Iowa Press). She teaches prairie ecology, prairie literature, and prairie ethnobotany in the Chicago area, and is a prairie steward who has volunteered hundreds of hours in prairie restoration.